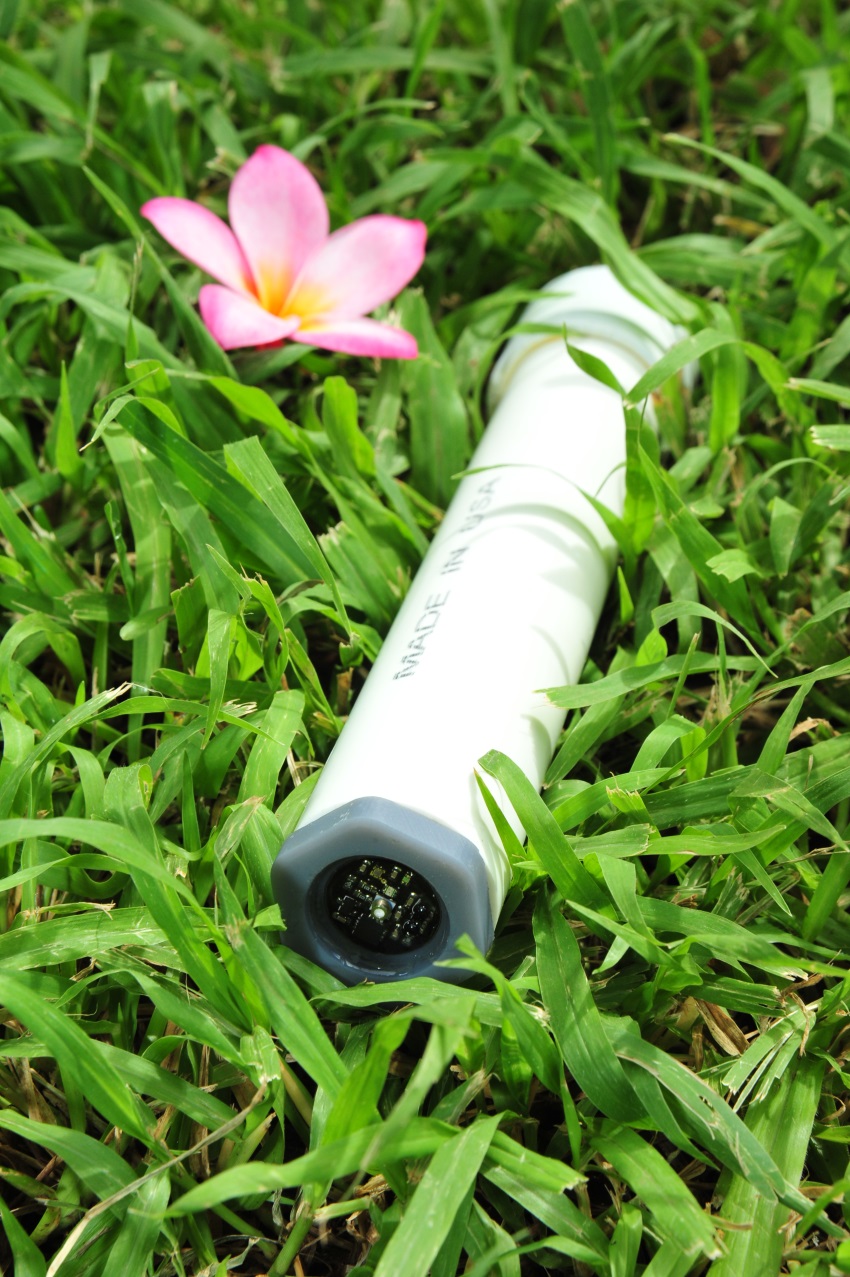 The huliwai is a data logger capable of measuring temperature, pressure, and light intensity for over 100 days at one measurement per minute. Powered by two AA battery cells, it is user-serviceable and completely self-contained, with sensors and data logger integrated in one waterproof package.

The logger has an IrCOMM (IrDA) interface to enable configuration and data transfer without opening the housing. A USB to IR adapter is used to communicate with the loggers. 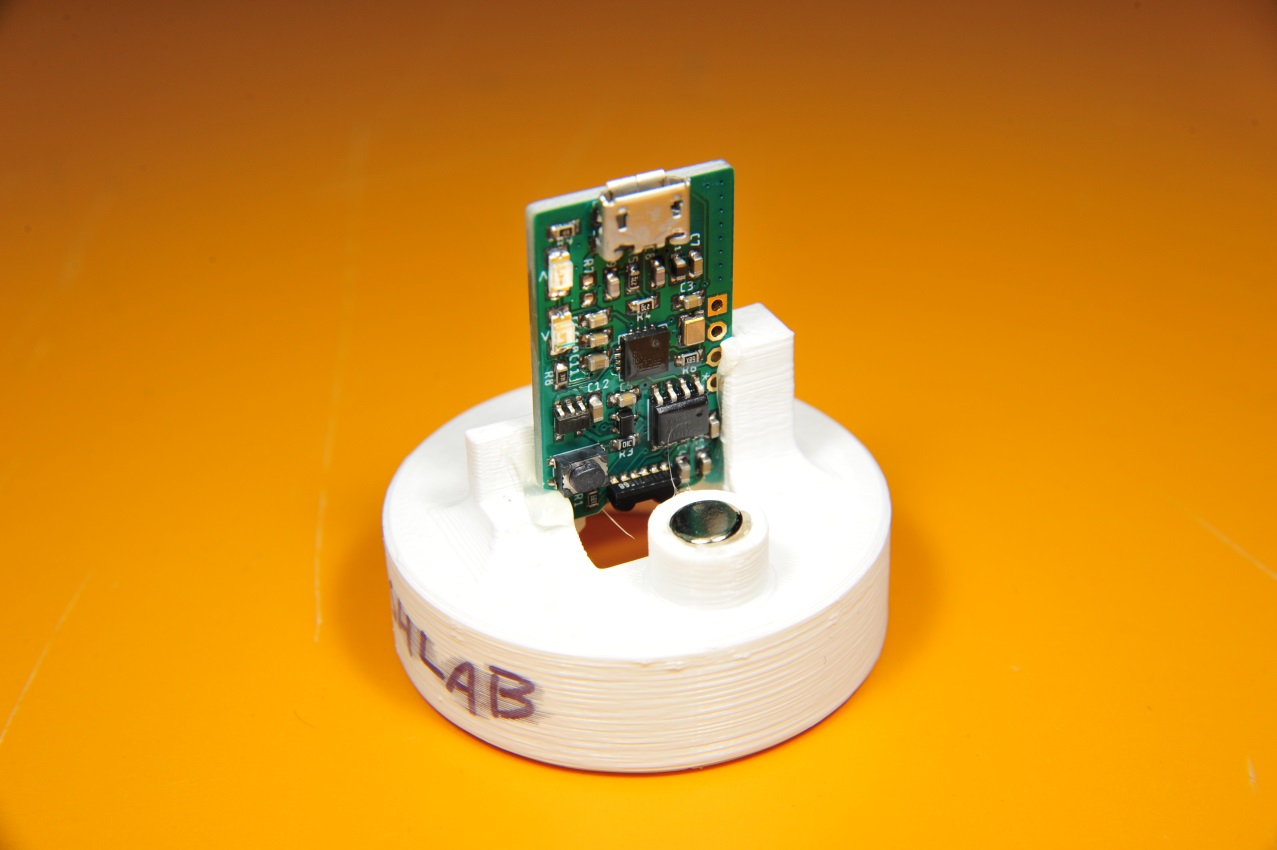 In sleep mode, power consumption is reduced to minimum and communication with the logger is not possible. In idle mode, logger is ready to accept commands from PC.

The logger would exit sleep mode and enter idle mode if

When sampling at 1-minute interval, the logger would enter sleep mode between measurements. A magnet is needed to re-establish communication with the PC. 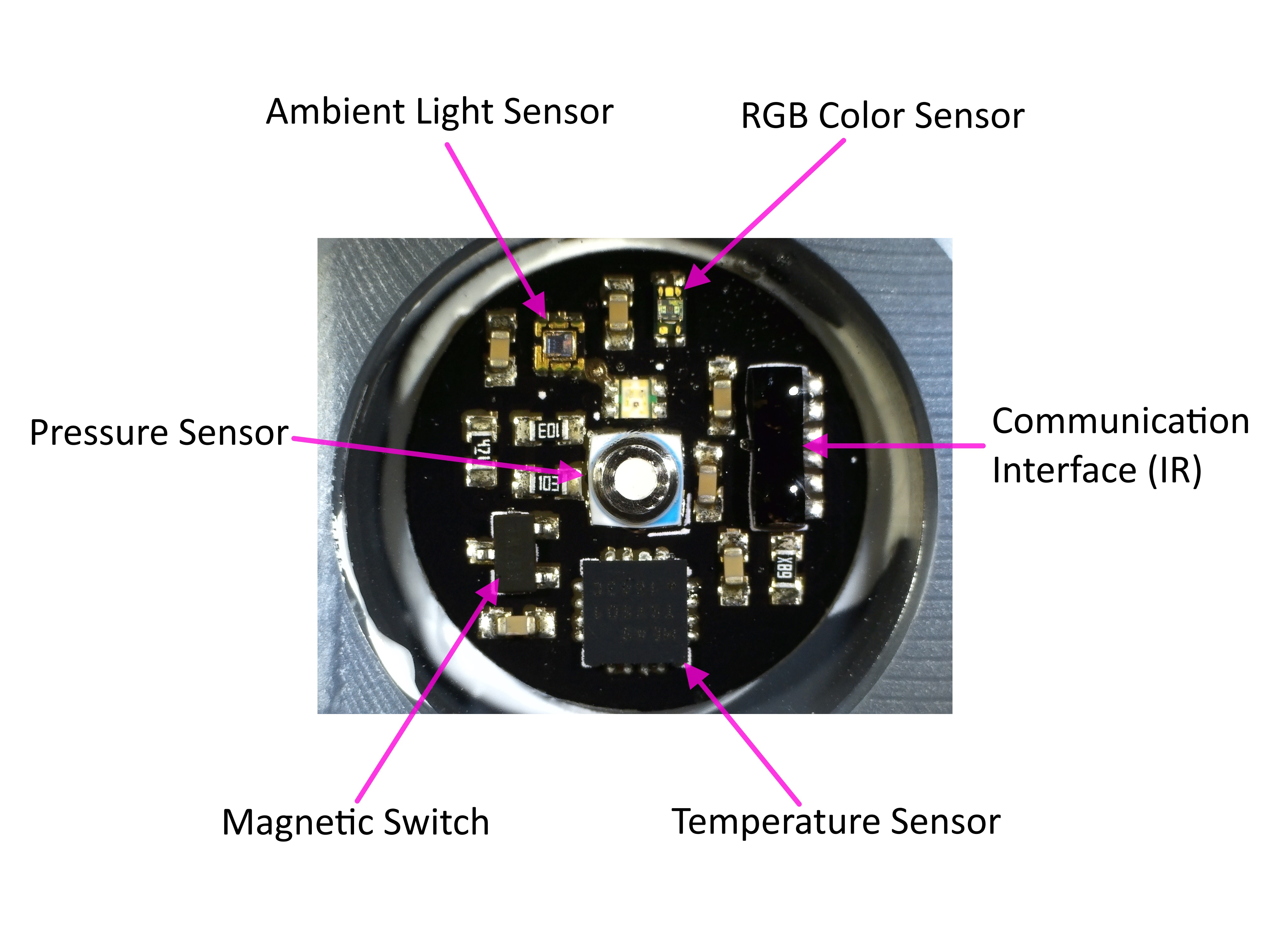 A note on battery replacement

The sensor frontend is retained by friction only. It can be pulled out straight from the tube (avoid twisting). The O-ring is 3/32 width, dash number 118. Accepted batteries are 1.2 V Ni-MH rechargeable cells and 1.5 V lithium primaries. 1.5 V alkaline batteries will work but are not recommended due to the risk of gas leak. It's been observed that when depleted, alkaline batteries tend to release gas that would pop the sensor frontend, breaking the watertight seal. 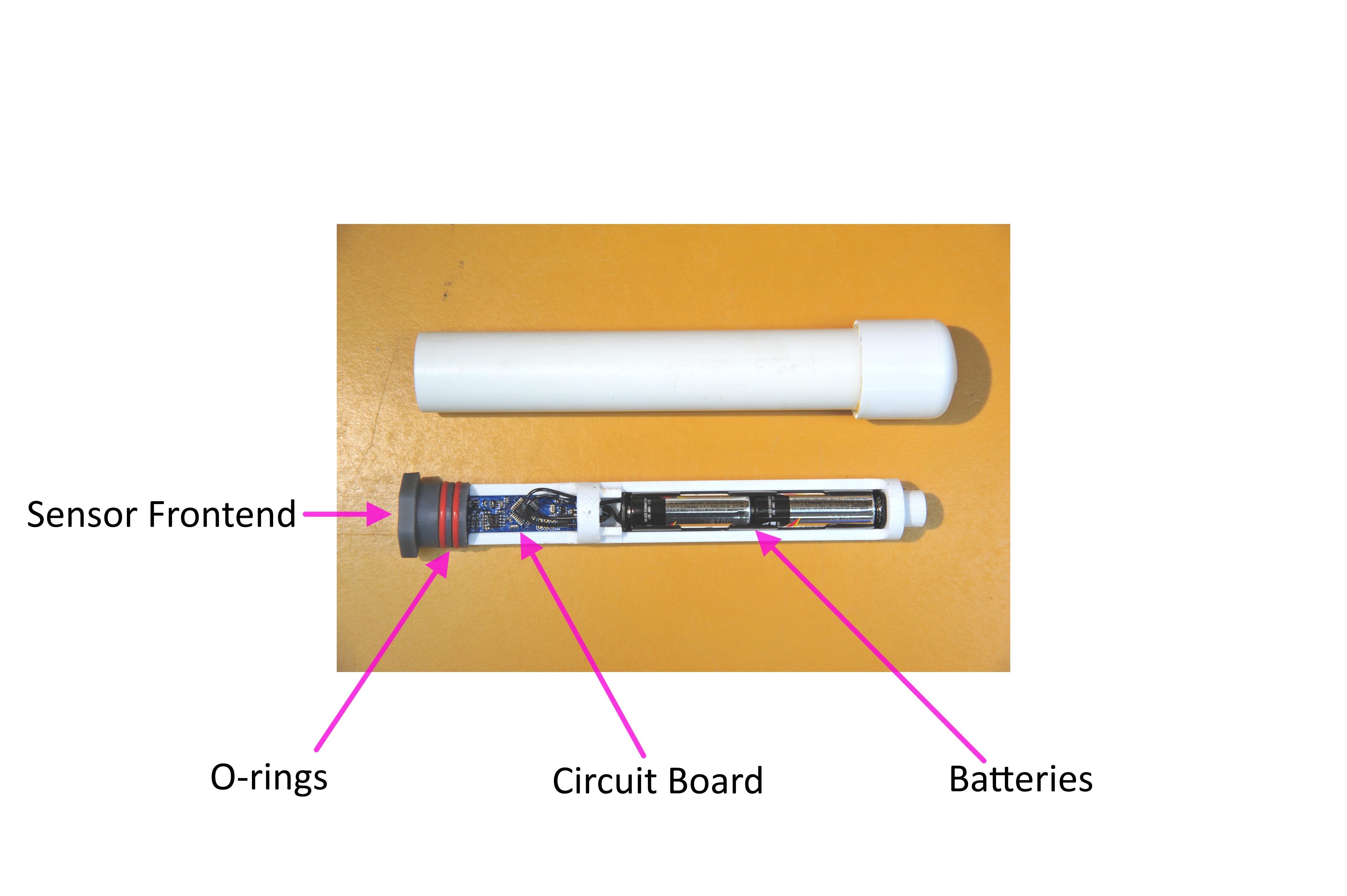 The sensor frontend is connected to the circuit board (color may vary) with a 2x5 2mm-pitch connector: 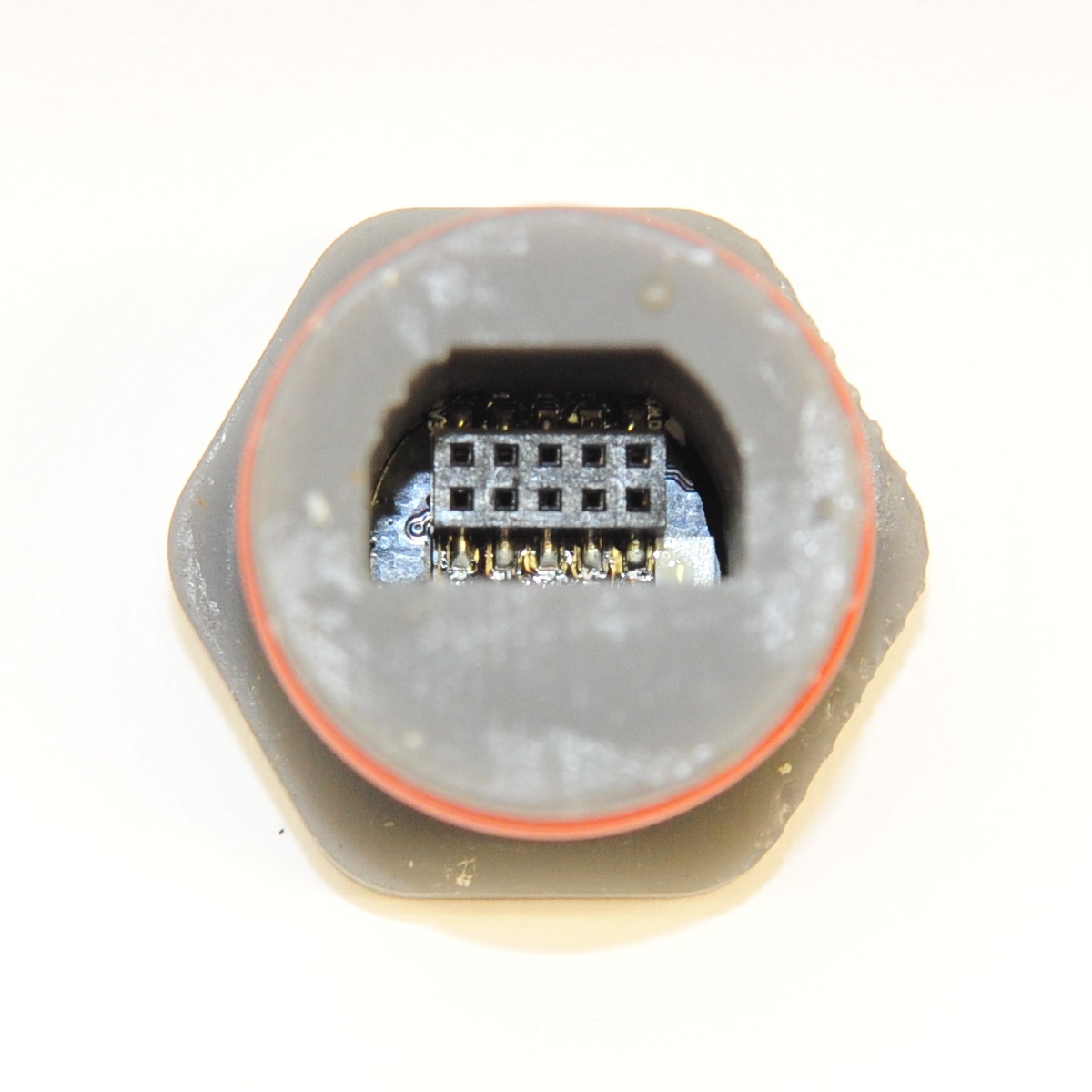 If the sensor frontend is disconnected from the circuit board, it must be reattached in the orientation shown below (notice the D-shape cutout): 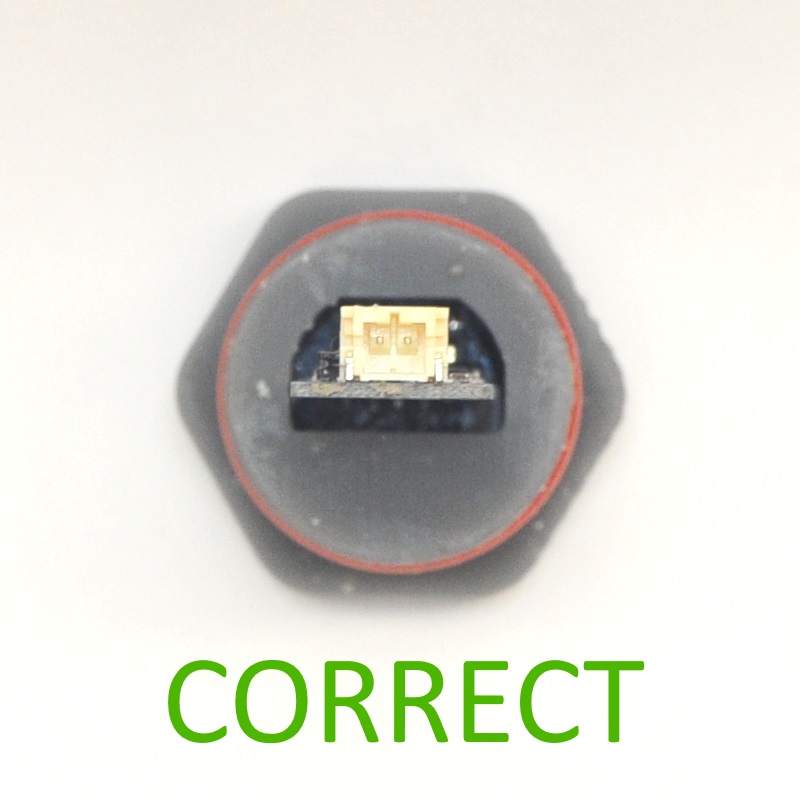 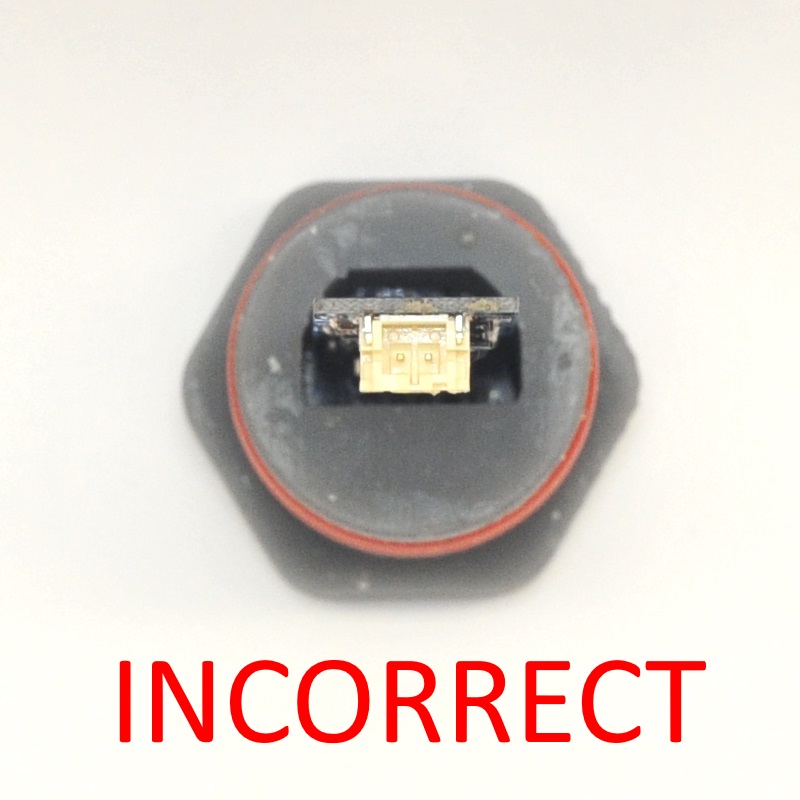